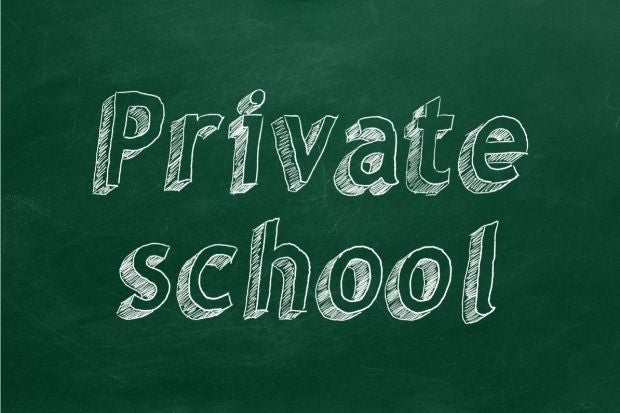 MANILA, Philippines – Some regional offices of the Bureau of Internal Revenue (BIR) still impose a 30% tax rate on private educational institutions despite the Department of Finance (DOF) suspension order, an association said of private schools Wednesday.

Last July, the BIR halted the implementation of fiscal regulation (RR) No. 5-2021, which would have increased taxes on the income of private schools by 150%, “to reduce the tax burden on educational establishments. private, especially during this period. of the COVID-19 pandemic. “

He also took into account bills pending in Congress that would finally clarify school income tax. The suspension was in effect pending the adoption of the appropriate legislation, the BIR added.

However, the BIR regional offices “continue to argue that RR No.14-2021, which suspended RR 5-2021, applies prospectively and does not apply to evaluations involving prior years,” said Anthony Jose Tamayo, President of the Council of Private Educational Associations (Cocopea).

Tamayo said he had received information that despite the ongoing legislative process and the suspension of the DOF, “some BIR [regional offices] continue to impose a 30 percent income tax rate, ”citing the BIR circular issued in 2012 on increasing tax rates.

“These unfortunate developments only reinforce the urgency and importance of the enactment of the clarifying bill expressed by its authors, which would serve as a lifeline for these educational institutions against the incorrect implementation of Sec. 27B of the Tax Code which puts them on the verge of closure, ”Tamayo said.

The Inquirer sought comments from senior BIR officials, but they declined to release a statement pending confirmation of Cocopea’s claims.

Cocopea called for the swift passage of legislation that would guarantee the 10% preferential tax rate for private schools as well as the reduced 1% rate during the pandemic under the Business Recovery and Incentives Act. tax for companies or the CREATE law.

Tamayo said the bill pending in Congress would provide financial insurance to private schools and help them maintain operations for the remainder of the school year.

Despite surpassing the total number of students enrolled last year, according to data from the Department of Education as of September 13, enrollment in private basic education schools for this year only reached 1.434 million. , 57% less than the 3.376 million last year.

BIR RR 14-2021, dated July 26 and signed by Finance Secretary Carlos Dominguez III on July 27, removed the limitation imposed by an earlier regulation that provided for an income tax exemption and a rate of 10% preferential tax only to non-profit organizations and non-scholarship educational establishments.

Last June, Cocopea and the Philippine Association of Colleges and Universities, along with 31 private schools, asked the Tax Appeals Court to prevent the BIR from increasing their corporate tax by 150%, claiming that this would violate both the Tax Code and the Constitution. .

The BIR explained earlier that it had based its regulations increasing the tax rate on Supreme Court rulings “in a number of landmark cases” whereby educational institutions were to be classified as for purpose. non-profit to benefit from preferential tax rates.

Dominguez had also argued that since the CREATE law had not substantially amended Article 27 (B) of the General Tax Code, with the exception of the provisional rate, the BIR could not provide a definition of those who are entitled at the preferential tax rate other than that which had been provided by the High Court.

However, the DOF and the BIR have expressed their readiness to amend the Tax Code to address this issue.

Albay representative Joey Salceda, chairman of the House Ways and Means committee, pledged that the lower house would immediately pass remedial legislation to expand the definition of exclusive educational institutions in the Tax Code.

What to know about the income statement: an important financial document that shows the income and expenses of a business